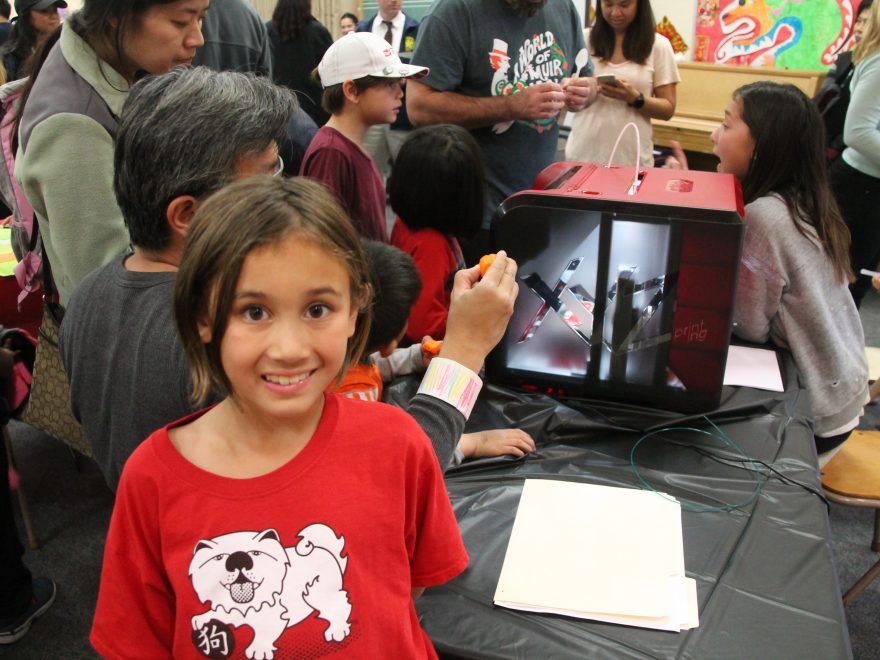 A highlight of the event was the unveiling of the school’s new 3D printer, which wowed students with its ability to make three dimensional solid objects from a digital file. The Da Vinci Jr 1.0 Pro 3D Printer was hard at work making sea creature figures and Barnard name plaques one layer at a time. The tool will continue to be used within classrooms at Barnard and for after school enrichment programs.

“I love science because you can do fun experiments, learn new things, and answer tough questions,” said second grader Jasmine V. “I’d like to work in science someday for my job so I can do experiments and solve problems. Then I can tell the results to my coworkers so that they will know more, too.”

It is no coincidence that Barnard’s Science Night was held on March 14, which is otherwise known as National Pi Day. In addition to the array of science stations presented at the event, pies of all sorts were served up for attendees. The students and their families now have scientific proof that nothing pairs as well with physics as a slice of pi(e)!

For more information on Barnard Mandarin Magnet Elementary School or to find out about the District’s School Choice program, visit sandiegounified.org/barnard.