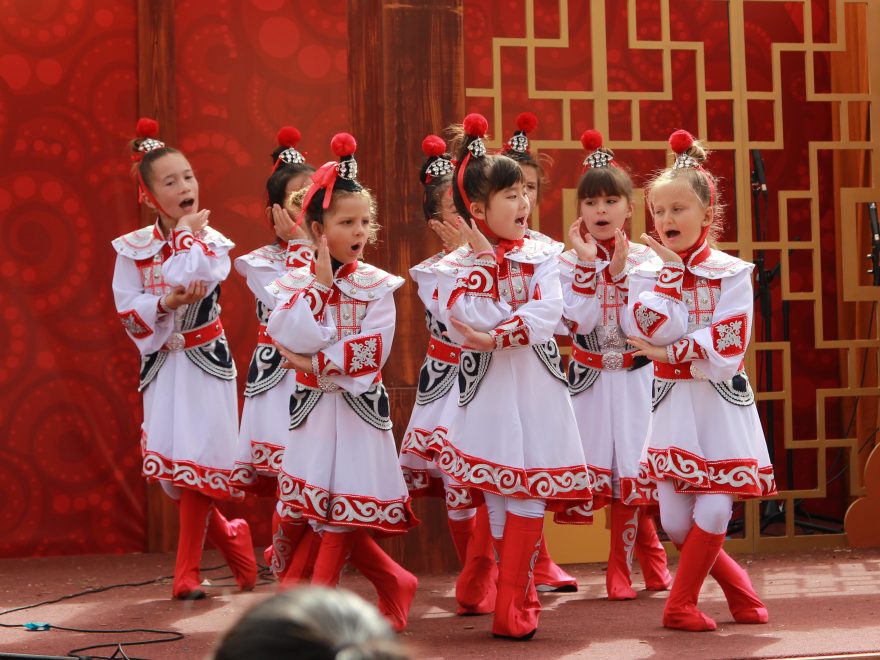 The Barnard Mandarin Magnet Elementary School Performing Arts Group made its debut during this year’s Chinese New Year holiday. The troupe, made up of 23 first through fifth grade students, performed at five venues in San Diego throughout the 2018 Chinese New Year season, including the House of China in Balboa Park, Sea World, and Downtown San Diego.

The group was formed in September 2017 by students interested in combining their Mandarin immersion education with a formal study of Chinese cultural arts. Under the direction of teachers from the Confucius Institute at San Diego State University and Blue Ming Dance Group, the performers study speech, song, dance and martial arts two days after school each week. The students interpreted the famous story of Mulan, a Chinese girl who disguises herself as a man in order to train as a fierce warrior. Their performance included recitation of ancient Chinese poetry, martial arts-inspired dance, and Chinese song.

“It feels great to do this, because other people can see all our hard work and all we have learned,” said Ema R., a second-grade student at Barnard who performs both speech and dance with the troupe. “I am especially happy to perform Mulan, because she is brave and I am also brave.”

Now that the Year of the Dog is well underway and the new year festivities have died down, the group will begin learning a new program. Mark your calendars – their new act will be introduced at the Moon Festival at the Organ Pavilion in September 2018!

For more information on Barnard Elementary School or to find out about the District’s School Choice program, visit sandiegounified.org/barnard.