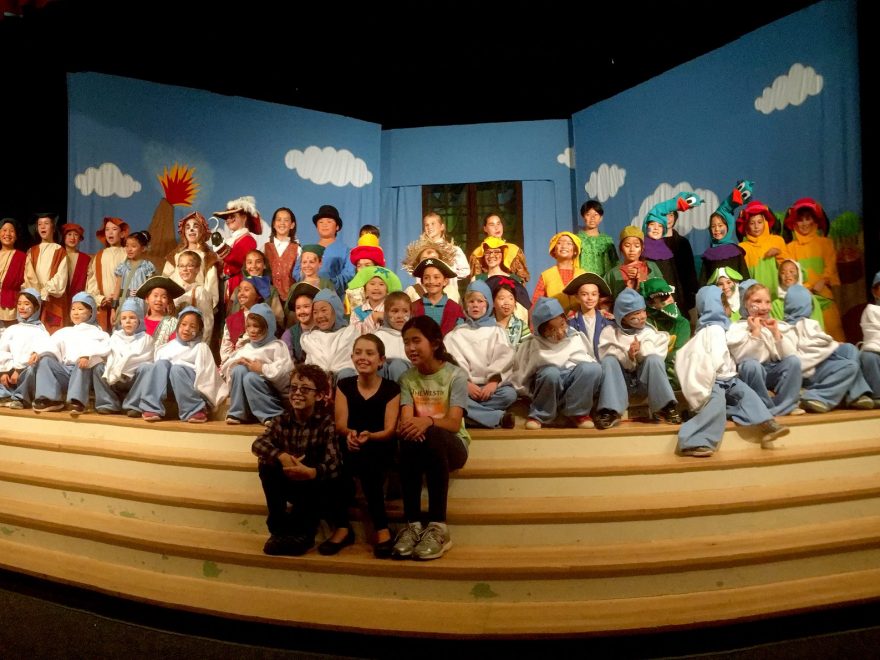 More than 50 of Barnard Mandarin Magnet Elementary School’s most talented student thespians took to the stage on November 17 to perform Peter and Wendy, a light-hearted retelling of the J.M. Barrie classic Peter Pan.

The musical production was arranged by Missoula Children’s Theater, a touring theater company that brings all the elements of a blockbuster show, including two directors, sets, costumes, and enough enthusiasm to make the grumpiest Neverland pirates smile, to schools throughout the country. Auditions took place on Monday; rehearsals were held throughout the week; and the show was performed before a sold-out house on Friday night. It was a lot of hard work for the students, but it came with great rewards.

“Being in the play helped me learn how to talk on a stage in front of many people without being scared,” said fourth grader Angelia C., who played the role of Mrs. Darling. “It was a good way to get confident and believe in yourself.”

After the sets were taken down on Friday night, the school returned to its normal focus on teaching its students the Chinese language and culture. But theater fever has hit the campus hard. “Peter and Wendy” is the fourth Missoula Children’s Theater show to be hosted at Barnard in the last two years. These semi-annual productions have quickly become one of the Barnard community’s favorite traditions, and audition buzz has already infiltrated the classrooms for the next Missoula play in the spring. Watch out, Sherwood Forest – Robin Hood is coming to Barnard in March.